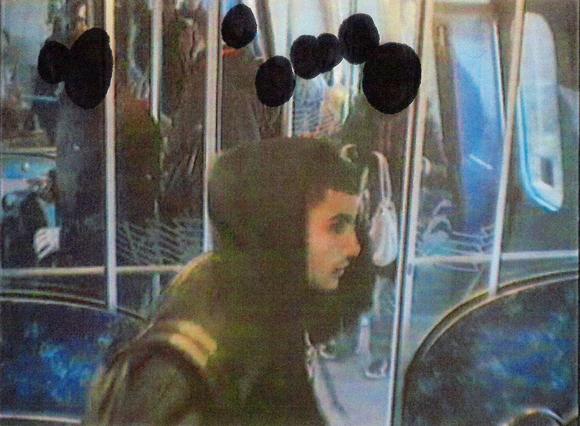 An image released by Danish police shows Omar Abdel Hamid El-Hussein on a subway train in connection to a stabbing in Copenhangen on November 22, 2013, and received by Reuters on February 16, 2015.

(Reuters) – Hundreds of Norwegian Muslims are expected to form a human ring around Oslo’s synagogue on Saturday, showing solidarity with the city’s Jewish community a week after a gunman attacked a synagogue in neighboring Denmark.

Organizers of the event, who say Islam seeks to protect all people, regardless of their religion, expect more than 2,000 people to join the symbolic “ring of peace”.

The show of support comes after Omar Abdel Hamid El-Hussein, a Danish-born son of Palestinian immigrants, killed two people at a synagogue and an event promoting free speech in Copenhagen last weekend. He was eventually killed by police in a shootout.

Norway’s Jewish community is one of Europe’s smallest, numbering around 1,000, and the Muslim population, which has been growing steadily through immigration, is 150,000 to 200,000. Norway has a population of about 5.2 million.

The debate over immigration in the country came to the forefront in 2011 when Anders Behring Breivik killed 77 people in attacks on the government and the then-ruling Labour party, accusing them of facilitating Muslim immigration and adulterating pure Norwegian blood.

Support for immigration has been rising steadily since those attacks, however, and an opinion poll late last year found that 77 percent of people thoughts immigrants made an important contribution to Norwegian society.