SOMEONE'S TRYING TO STEAL MY THUNDER

Public Security Minister Yitzhak Aharonovitch on Sunday called on Attorney General Yehuda Weinstein to order an immediate investigation into the posting of fabricated photos depicting the president, ministers and other public figures in Nazi uniforms.

Besides President Reuven Rivlin, Justice Minister Tzipi Livni and Finance Minister Yair Lapid were shown in Nazi uniforms on a fictitious Facebook account under the name Natan Zoabi, as were Police Commissioner Yohanan Danino and former minister Michael Eitan. The page, which has since been removed, featured the text: “Anti-Semites who are opposed to a Jewish state in the Land of Israel (to the nation-state law)!”

Aharonovitch called the page “the crossing of a black line,” adding “we all remember where such incitement led in the past and we must act quickly to find those involved and bring them to justice. Expressions of incitement must not be allowed on the Internet and on social media, and it is our obligation to root out the violence that is common there.”

Aharonovitch said he recommended a few days ago to the prime minister to involve all security and law-enforcement agencies in rooting out the matter.

Knesset Speaker Yuli Edelstein also decried the posting of the pictures. “We must not take lightly any such disgusting act of this type. As we have warned more than once, the roots of violence and incitement spread like wildfire – as we saw in the disgraceful harassment of the bilingual school in Jerusalem.”

Edelstein also noted that the various sides to political discourse must work together to denounce such actions, “and put out the fire before it destroys us,” he said.

Facebook a series of photos of Israeli politicians in SS uniforms, to protest their opposition to the“Jewish state law”.

User uploads photos of MK’s in SS uniform to Facebook in opposition to the “Jewish state bill.” 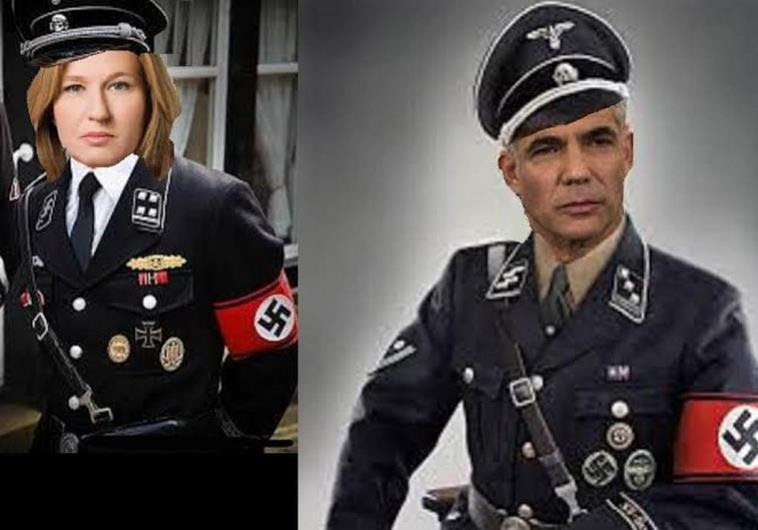 Public Security Minister Yitzhak Aharonovich on Sundaycalled on Attorney General Yehuda Weinstein to open an immediate investigation into the posting on Facebook earlier in the day of a number of Israeli politicians in SS uniforms.

“This crosses a red line and I view this with great severity. We all remember where this type of incitement has led us in the past and we must work quickly to find those responsible and bring them to justice.”

He added that incitement on the internet must not be tolerated.

Aharonovich’s statement came hours after an unknown person uploaded to Facebook a series of photos of Israeli politicians in SS uniforms, to protest their opposition to the “Jewish state law”.

The user, who opened the Facebook account on Sunday, goes by the name “Natan Zoabi”. In a caption for the pictures he wrote “these are the anti-Semites who are against a Jewish state in the land of Israel!”

Such pictures have a very negative connotation in Israel, and bring back memories of the weeks and months before the assassination of Prime Minister Yitzhak Rabin in November 1995, when opponents of Rabin’s circulated fliers of him in SS uniform or wearing a kaffiyeh. 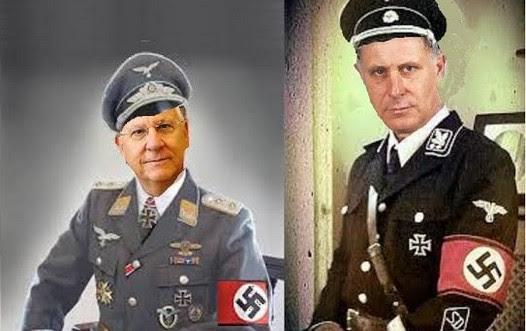