In 2012, I had a chance to talk to Abbas about Palestinian nonviolent resistance. I asked him whether the PA was doing anything to prepare the people for nonviolent mass actions. His answer to me was, “We don’t need an Arab Spring here. We allow Friday demonstrations against the wall. They try to protest on Tuesdays sometimes, but we don’t allow it.”

Why Haven’t We Seen a Third Palestinian Intifada (Or Are We)?

By Will H. Moore 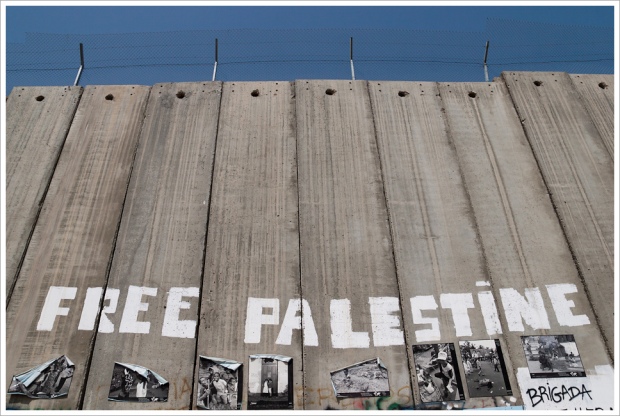 Last week, Foreign Affairs posted a podcast asking “Why Hasn’t there been a 3rd Intifada?” (see article). In a nutshell, Neri Zilber argues that Mahmoud Abbas and the Fatah leadership want order in the West Bank – and thus restrain activism – while simultaneously shutting down Hamas activists to the best of their ability. I am far from an expert on the Intifada, but the answer struck me as a bit off key. I have always viewed the Intifadas as mass movements that emerged in response to frustration with Palestinian leadership, which those leaders then scrambled to get in front of and “lead.” Be that as it may, I decided to ask our contributors to share their thoughts on this question.

As readers likely know, the past fortnight has seen an uptick in violent and non-violent dissent in Gaza, the West Bank, and Israel, including suicide bombings and an increase in Israeli coercion that has included civilian casualties (aka collateral damage). Perhaps a third Intifada will develop, perhaps not, orperhaps a different kind of Intifada is afoot.

Internationally, there is less interest in the Palestinian-Israeli conflict given the Arab Spring, ISIS, etc. International attention has helped fuel resistance in the region during the previous intifadas.

Barbara F. Walter revisits a theme from a 2011 op-ed she and Andrew Kydd penned:

Whether due to a lack of support, or to mobilize support, both of these points emphasize the impact of the international community.

Allison Beth Hodgkins agrees with Zilber that Abbas is the central actor, and also views the outside world as critical: “Whether or not we see a third intifada is wholly up to Abbas and the incentives offered by US, EU, Jordan, et al to keep a lid on things.” But she also believes that the “unsustainable” status quo has persisted so long because Oslo and the Roadmap create incentives that ensure it.

Some day I should write a paper on the systematic dismemberment of civil society in the West Bank after 1995 which decimated the popular leadership of the first intifada – this was necessary to allow “the Tunisians” to assert the control necessary to uphold the requirements of Oslo. This bargain, otherwise known as the Oslo formula, conditions any transfer of authority from Israel to the PA on the maintenance of security in the territories – a state inadvertently defined by Arafat’s sweeping promises in the letters of mutual recognition: to renounce violence, enforce the ban on violence across all PLO factions and punish violators (i.e., to get land – to get a state – the PA must first demonstrate there will be no violence of any kind committed by the population they control). The conditions of the Roadmap, which brought Abbas to power, doubled down on this. He knows, as does everyone in the PA and the West Bank, that backing out of that bargain means abrogating Oslo and the end of the PA, which cannot be funded if it doesn’t keep a lid on things.

In other words, Abbas has control because the Oslo accords have incentivized him to ensure that he does – hence, no Intifada III.

Further, economics also play a role: the Oslo accords generate a revenue stream that Palestinian leaders have been able to exploit to keep West Bank Palestinians in line.

While my righteous indignation is focused on the land rovers and denizens of the kleptocracy, who have turned Ramallah into an ersatz Abdoun (wealthy neighborhood in Amman), Oslo has built an elaborate economy/incentive structure on which roughly 70% of the West Bank’s population depends (as Salam Fayyad angrily pointed out to me in a public lecture in Amman about four or five years ago). Dismantling that will mean mass misery as well as mass unrest.

To the extent that we see nonviolent and violent Palestinian dissent, Hodgkins expects to see it in Jerusalem:

The PA is not allowed to operate there – not just in sacred Jerusalem but the 182 square kilos of expanded greater Jerusalem which includes a bevy of Palestinian villages and one very grouchy refugee camp. The fundamental lesson the Israelis have learned from Oslo is that the PA is a much better containment force than the IDF…they were never successful at keeping a lid on things indefinitely.

Erica Chenoweth offers a two-pronged explanation – the first not observed by others, and the second linked to Hodgkins’ account: “There are two reasons: physical separation and internal control.” She then elaborates…

First, with regard to physical separation, the wall has cut off many Palestinians from being able to use nonviolent methods against the Israeli occupation. Before the wall, Palestinians living in the West Bank/Gaza would go into Israeli towns to work. Palestinian civil society interacted quite a lot with Israeli civil society in those days. They lived side by side, without a huge cement barrier between them. Thus, when Palestinian taxi drivers went on strike or Arab women engaged in sit-ins and other forms of civil disobedience, it really affected Israeli business, economy, and livelihoods. Such actions allowed left-leaning Israelis the opportunity to mobilize for reform, while even yielding direct defections by Israeli troops (aka the “refuseniks”).

At this point, the Israeli government has inoculated itself completely from these types of actions. The wall and the checkpoints keep Palestinians out of Israel proper, so that when Palestinians do engage in work stoppages, strikes, and sit-ins, they are limited to such actions within Palestinian areas only. As such, doing so is self-defeating. Some Palestinians work in factories in the settlements—often their only option for employment and/or subsistence, since settlement expansion (or extremist attacks and arson) reclaims or destroys cultivated farmland. If they threaten work stoppages or go on strike, settlement industries just replace them with workers from other villages or migrant laborers who are desperate for money from the other side of the wall.

Second, with regard to internal control, the PA itself has also behaved cynically with regard to the Palestinian grassroots. In 2012, I had a chance to talk to Abbas about Palestinian nonviolent resistance. I asked him whether the PA was doing anything to prepare the people for nonviolent mass actions. His answer to me was, “We don’t need an Arab Spring here. We allow Friday demonstrations against the wall. They try to protest on Tuesdays sometimes, but we don’t allow it.” The subtext was straightforward enough. Abbas expected that if the PA empowered grassroots and community groups, as occurred organically from 1987-1988, there would be a revolt against him (and Fatah more generally) because of the corruption and incompetence of the PA. Therefore he sent in the goons to crack heads and “pacify” the people all week except for Fridays, when he “allowed” them to engage in their ceremonious actions against the wall.

Besides suppressing a Third Intifada, the limitations on nonviolent resistance brought about by physical separation and internal control have yielded two additional outcomes: (1) a strategic refocus among many in Palestinian civil society for a “one-state” solution; and (2) greater support for the the BDS campaign.

First, many Palestinians have begun to abandon the goal of a two-state solution, arguing that the hopes for a contiguous Palestinian state have been lost due to increasing settlement activity, the intransigence of the Israeli occupation, indivisibility over Jerusalem, and the separation of the West Bank from Gaza. As such, they have called for a single, democratic state of Israel where Palestinians have the same political, social, and economic rights, freedoms, and opportunities as Jewish Israelis. As many Israeli politicians have noted, this would fundamentally challenge the ability of Israel to remain a “democratic, Jewish state,” as Israel could not maintain the status quo treatment of Palestinians and possess an identity as a democracy, nor could Israel maintain its identity as a Jewish state if every Palestinian could vote in Knesset elections. Hence, while many Palestinians have turned to preparing for sustained activism to push for greater rights in the context of a single state, this approach provides a truly existential dilemma for Israeli society to confront.

Second, given the fact that many Palestinians see similarities between apartheid South Africa and the experience of living as a Palestinian under Israeli occupation today, the BDS (Boycotts, Divestments, and Sanctions) campaign is modeled on a similar campaign waged against South African apartheid in the 1980s and 1990s. BDS in the Palestinian case is controversial, facing two general kinds of critiques: (a) that BDS is indiscriminate, targeting people and companies that do not support the occupation; and (b) that BDS is fundamentally anti-Semitic. One could debate these critiques, and one could also debate the likelihood or unlikelihood of BDS’s ultimate strategic success. However, the context of physical separation, internal control, and the strategic reorientation toward a one-state solution among many Palestinian activists might make it easier for people to understand why many Palestinians (and supporters of Palestine) are pushing for BDS.

I want to remind the reader that mass protest movements like Intifada I and II are launched by people who produce them in the face of governments that wish to prevent them. That is precisely why they are so surprising. Chenoweth seems to be thinking along these lines when she concludes:

For films documenting some of these activities, see Five Broken Cameras, Budrus, The Wanted 18, or The Little Town of Bethlehem. See also Julia Bacha’s TED Talk, which criticizes the international community’s dismissal and denial of Palestinian nonviolent resistance. Most of these resistance activities are day-to-day, small-scale in nature, and not necessarily geared toward provoking a mass uprising. Rather, they are geared toward preserving community, agency, and human dignity in the context of a protracted conflict.