At least 1,375 Iraqis killed in January, most of them civilians: U.N. 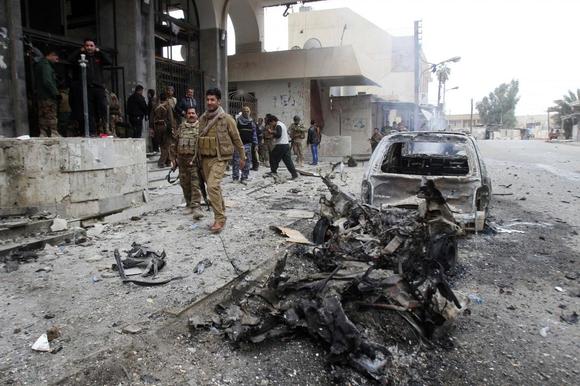 Members of the Kurdish security forces inspect the site of bomb attack in Kirkuk January 30, 2015.

(Reuters) – Fighting and other violence in Iraq killed at least 1,375 people including 790 civilians in January, the United Nations said on Sunday.

The dead included 585 members of the Iraqi army which is struggling to rebuild itself after Islamic State militants seized large sections of the country last year.

At least 2,240 civilians and soldiers were wounded during the same period, the U.N. Assistance Mission for Iraq said in a statement.