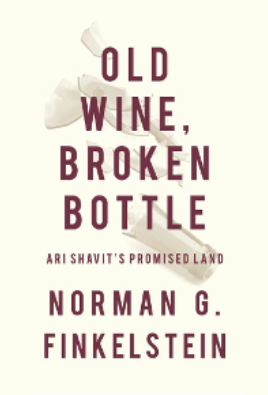 My Promised Land by Haaretz journalist Ari Shavit has been one of the most widely discussed and lavishly praised books about Israel in recent years. It has garnered encomiums from a broad spectrum of influential voices, including Thomas Friedman, David Remnick, Jonathan Freedland, Jeffrey Goldberg, Franklin Foer, and Dwight Garner.

Were he not already inured to the logrolling that passes for informed opinion on this topic, Norman Finkelstein might have been surprised, astonished even. That’s because, as he reveals with typical precision, My Promised Land is riddled with omission, distortion, falsehood, and sheer nonsense.

In brief chapters that analyze Shavit’s defense of Zionism and Israel’s Jewish identity, its nuclear arsenal and its refusal to negotiate peace, Finkelstein shows how highly selective criticism and sanctimonious handwringing are deployed to create a paean to modern Israel more sophisticated than the traditional our-country-right-or-wrong. In this way, Shavit hopes to win back an American Jewish community increasingly alienated from a place it once regarded as home. However, because the myths he recycles have been so comprehensively shattered, this project is unlikely to succeed.

Like his landmark debunking of Joan Peters’s From Time Immemorial, Finkelstein’s clinical dissection of My Promised Land will be welcomed by those who prefer truth to propaganda, and who yearn for a resolution of the Israel-Palestine conflict based on justice, rather than arguments framed by anguish and schmaltz.