Welcome to Norman Finkelstein's New Website
1/ 4
Norman Finkelstein Announces the Completion of a New Book
2/ 4
I'LL BURN THAT BRIDGE WHEN I GOT TO IT! Heretical Thoughts on Identity Politics, Cancel Culture and Academic Freedom By Norman X. Finkelstein
3/ 4
THE BOOK HASN'T YET FOUND A PUBLISHER.
4/ 4 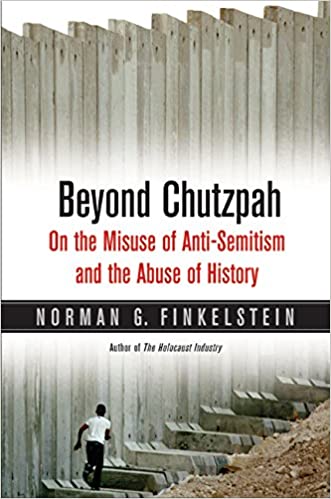 Meticulously researched and tightly argued, Beyond Chutzpah points to a consensus among historians and human rights organizations on the factual record of the Israel-Palestine conflict. Norman G. Finkelstein exposes the corruption of scholarship and the contrivance of controversy shrouding human rights abuses, and interrogates the new anti-Semitism. This paperback edition adds a preface analyzing recent developments in the conflict, and a new afterword on Israel’s construction of a wall in the West Bank.